It had previously been available just as an iPhone app, and this adds another asset to the company which makes them more valuable for its Series A funding round, said CEO and founder Kirk Berridge.

“I would say $5-to-$8 million,” Berridge said of how much Series A funding he’s hoping to raise.

Fan Media is a platform that allows fans to upload 30-second videos detailing a story on their favorite sports team. The network has 250 team channels including NFL, NCAA, NBA, NHL, MLB and MLS teams. 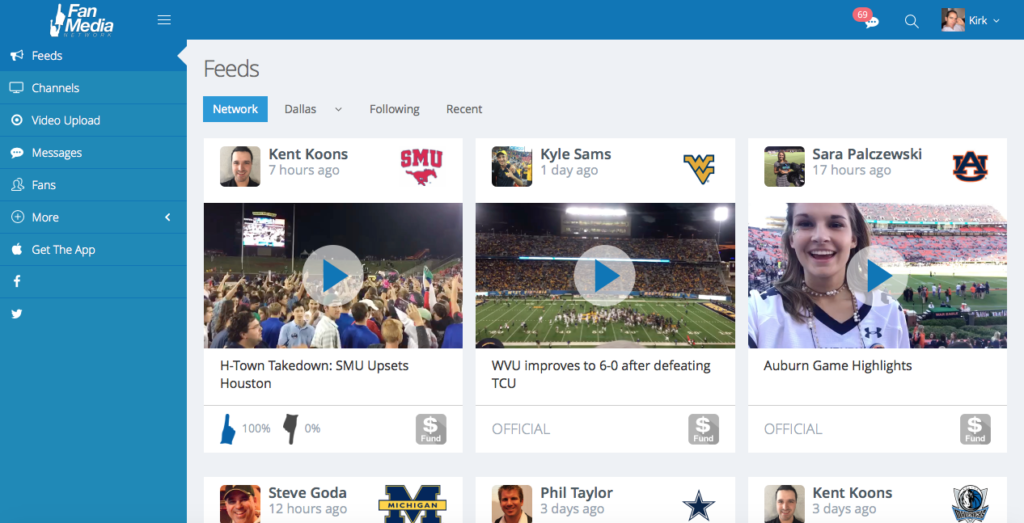 In addition to giving the company another asset, the addition of desktop capabilities makes it easier for people to find Fan Media through search, which is still the primary way things get discovered, Berridge said, opposed to hunting down an app in the app store.

“It’s a lot easier to call up a URL in a browser than install an app,” he said.

While the app took about 18 months to build, mainly because the company had one app developer, Berridge said making this version was easier because three developers worked on it and they had the app to use as a guideline. In all, it took three and a half months to build the latest capabilities.

Berridge expects his company will be ready for Series A in the first quarter of 2017. The company’s seed round is still active, and Fan Media is hoping to get a little more capital for runway to get them to its Series A round.

In the mean time, the company will work on growing its user count, which will be aided by the desktop and mobile versions of the service. Growing the user base organically will make them more attractive to an investor.

“It might be a little more likely if we get a strategic investor over a VC,” he said. “Because that could pave the road for exit quicker and it just makes a lot of sense. There’s a lot they can do to help us beyond money.”

See the article on the Dallas Business Journal