As part our new “Innovation In Sponsorship” interview series, we sat down to chat with Fan Media Network’s Founder and CEO, Kirk Berridge. For those of you who haven’t heard of Fan Media Network yet, you will. The platform allows fans, former college players and journalists to upload 30-second videos covering their favorite sports team. If other fans enjoy your content and you receive positive ratings, you can receive payment from other fans and even brands who want to leverage the platform. These better-rated ‘media’ journalists receive stronger media credentials and an official status if they continue to receive great ratings. Fans are already taking videos at games, so it only makes sense that there’s a platform now to bring it all together.

Check out our Q&A interview below.

Kirk, can you take our readers through how Fan Media Network works?

Fan Media Network is both a consumer-facing and B2B sports media company with an activation and social news service that brands can use to activate their sports sponsorships while getting fans into the game of media in an organized, purposeful and competitive way with incentives (official status, money and media credentials).

Fan Media is a social news sports network of mobile video correspondents for the top 250 NCAA, NFL, NBA, NHL, MLB and MLS teams (Patent Pending). Our web site and iPhone app have 250 team channels. Fans, former college players and trained journalists make 30-second videos on their phones covering their favorite teams in their area from their point of view and compete each season to earn official status, money and media credentials. Videos feature a simple Yes/No vote and videos can be shared from the web site and app into the News Feeds of Facebook and Twitter as social news coverage. People are watching less TV and they are getting their news through social media – and they choose who to follow. Sports fans now prefer bite size video coverage of news, games, events and moments from non-traditional media types. Social news coverage is our niche.

As for B2B, Fan Media is an activation and social news service that brands can use to conduct national and regional fan competitions each season to find official mobile video correspondents for the teams and leagues they sponsor. This is a competition, not a sweepstakes or promotion. It is determined by skill and viewer voting, not luck or chance. Fans make 30-second videos on their phones, covering their favorite teams from their point of view as social news coverage and compete each season to earn official status, money and media credentials. Fan Media is an activation service provider to brands, sports marketing and media buying agencies to conduct a mobile, social, video competition. Our system filters and finds the winning fans. We identify them, develop them and collaborate with them for social news coverage. Brands would use their paid and owned media to activate it on-air, online and in-stadium. They would bring the doers and viewers to our platform and our platform fulfills the fan competition. This is a non-duplicated fan competition. Only one brand can do this with each team that has a channel in our web site and app. This is the activation service. The social news service has fans making videos, with purpose, that show up in the News Feeds of Facebook and Twitter as social news coverage.

In essence, these are 30-second fan commercials for the teams. In addition to building a network of mobile video correspondents, Fan Media is also building a stable of native video advertising makers. Brands will be able to offer cash incentives to fans that are identified and selected in our system and pay native video advertising makers to produce 30-second videos featuring product placement and or fan testimonials on their behalf. Brands and agencies will be able to pay the fans from their phone to the fan’s phone and the money goes into the fan’s bank account. This is brand-to-fan mobile payments and an industry first. Fan Media gives control to our partners – brands, teams, leagues and broadcast media companies as they will be able to grab the mp4 files of fan videos from our video marketplace and redistribute fan videos on their distribution channels, such as their Facebook and Twitter brand pages, website, mobile app, email newsletters, in-stadium video boards and TV programming. This is fan engagement at the highest level by getting fans into the game of media, offering 15-minutes of fame, official status, earning money, media credentials and possibly leading to other commercial and professional opportunities. As our network grows and fans demonstrate to be reliable and professional, Fan Media Network will request media credentials on their behalf as mobile video correspondents who can provide fan media coverage of teams, news, games and events for our network.

What was the inspiration behind the creation of Fan Media Network? 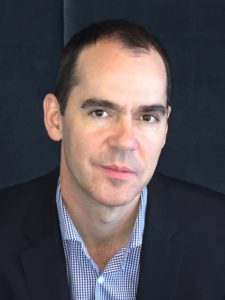 I was among the first people in the world to make selfie videos on a mobile phone back in 2005 with the first Nokia phone that had video recording capabilities that my brother, who worked for Nokia, gave me before it was available for sale at retail. The first iPhone didn’t come out until 2007 and did not have video recording capabilities. I would make videos of my daughter and me and my friends and me playing basketball. I could see that this would create video storytellers and that people like me would rather watch video than read articles and people could be eyewitnesses, Then many things needed to happen like web 2.0, social media, social sharing, apps and wi-fi at stadiums and arenas to enable distribution and now it has.

I wanted to be a sports reporter or broadcaster growing up, was a student-athlete in college, have a degree in Journalism, worked in media relations with the Indiana Pacers as an intern where I was the liaison for the visiting team and I interviewed the head coach and two players that made an impact on the game and wrote articles. I am a unique hybrid in the industry who sold corporate sponsorship, pioneered in digital advertising sales having sold the first banner on a professional sports team web site and sold the first video ad on a professional sports team’s Facebook brand page, a year before Facebook announced it’s own video ad products. I spent most of my career in Silicon Valley and San Francisco as an employee of the San Jose Sharks and San Francisco 49ers and had clients like Apple and Yahoo! and was inspired to be an entrepreneur which I have been for almost 13 years. Like many people, I cut the cord in 2013 and have grown tired of traditional media that is over produced and sensationalized and think social media lacks organization, purpose and is a free-for-all and that is why most user-generated video sucks. This is our version of YouTube, Facebook and Twitter. It is created with fans, sponsors, teams, leagues and broadcast media in mind. The world needs another social network but just for sports fans. They say the next big social network would connect people that don’t know each other and sports has the power to do that because there is a degree of respect and trust and a bond for fans of the same teams. There is only sports fan videos in our feeds, nothing else.

What is your vision? Where do you see Fan Media Network heading?

We are going to change the face and faces of sports media. We are taking citizen video journalism and social media to a new dimension and the shift has already occurred. We are a mobile-first society in a world where we see social media often having more impact than traditional media – we are never going back. Looking ahead, these things will all be around in the next ten years – mobile, social, video and sports.

Do you have any partners’ helping drive your business objectives?

Yes. This is how we will drive revenue and fan marketing. We use Amazon Web Services as our video and database server. As we grow, there will be opportunities to tie in deeper with Amazon who is getting into sports media. Stripe is an $8B unicorn who helps us enable and operate our fan-to-fan mobile payments and brand-to-fan mobile payments marketplace. We also have infrastructure partnerships with Ticketmaster and Fanatics to enable the purchase of tickets and team apparel in our web site and iPhone app. Uber is a partner too so fans can have transportation to and from games or to go out and watch games. We are all about partnering with brands that align with the lifestyle of being a sports fan.

Fans can share videos from our web site and app into the News Feeds of Facebook and Twitter as social news coverage. Our niche as a sports media company is social news coverage. Over time, our fan media video coverage will appear in Trending Stories as a media outlet that is newsworthy, timely, relevant and accurate. Fan Media also has our own Facebook, Twitter and YouTube brand channels.

Read the full article on The Sponsorship Space