This is an 8-week program from September – October for school credit (non-paid). Fan Media will train, develop and empower interns as mobile video journalists for social news coverage this football season. This is for journalism, broadcast and digital media students from the 128 schools that compete in the College Football Playoff.

Fan Media app is a social news company that is building a network of iPhone video correspondents and media analysts for the top 250 NFL, NCAA, NBA, NHL, MLB and MLS teams across N. America (Patent Pending). 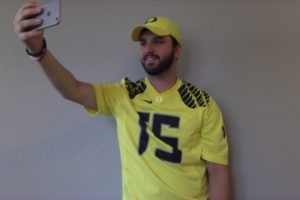 Interested students can apply by installing the app http://apple.co/1HhY2QQ, and making one video 30-second or less video about your college football team. It can be a season preview video or any of the ideas listed above. We will contact you in the app from our Newsroom to set you up from there.