Fan Media has begun to announce its Official Correspondents and Media Analysts for the 2016 college football season. The correspondents and analysts come from 128 colleges and universities around the country that compete to participate in the College Football Playoff. Fans make 30-second videos on their phones covering their favorite teams in their area from their point of view and compete to earn money, official status and media credentials. 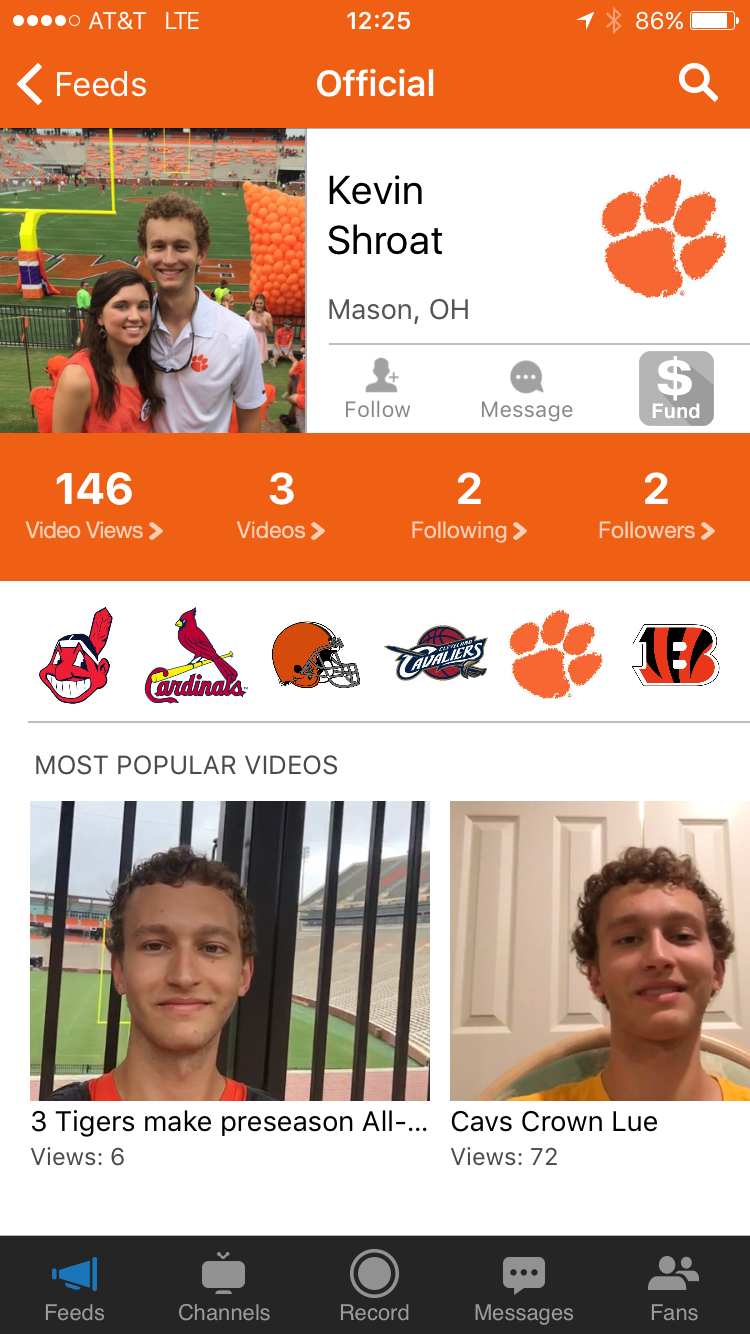 Fan Media will continue to add correspondents and media analysts throughout the season. Those interested can apply by installing the app http://apple.co/1HhY2QQ, and making one video 30-second or less video about their college football team.

Fan Media app is a social news company that is building a network of iPhone video correspondents and media analysts for the top 250 NFL, NCAA, NBA, NHL, MLB and MLS teams across N. America (Patent Pending).