When a broadcast or journalism student is looking to break into the field, they will need to know how to use their mobile phones as a news gathering tool. Students can find it tough to access big expensive cameras and traditional equipment. Yet the solution to this is right in their iPhone.

Gone are the days of needing a large camera, a tripod, mic cables and a computer with editing software. Today, this can all be done directly on a mobile phone. Almost all phones today record video in HD, and there are numerous apps that allow journalists to easily edit and upload a story on the move.

Mobile journalism also allows a reporter to be ready for a story anytime and anywhere. People always have their phones on them, and even the most ready and dedicated reporter won’t necessarily have their traditional camera ready to go at the drop of a hat.

Because of a phone’s mobility, this allows a journalist to cover stories they may have previously found hard to get. We are all eyewitnesses, and our phones are equipped with video production and distribution capabilities. Places where a large camera may not be allowed, like a sporting event, can easily be covered on site and in stadium using a mobile phone. This allows for students and recent graduates to cover high profile events and news. 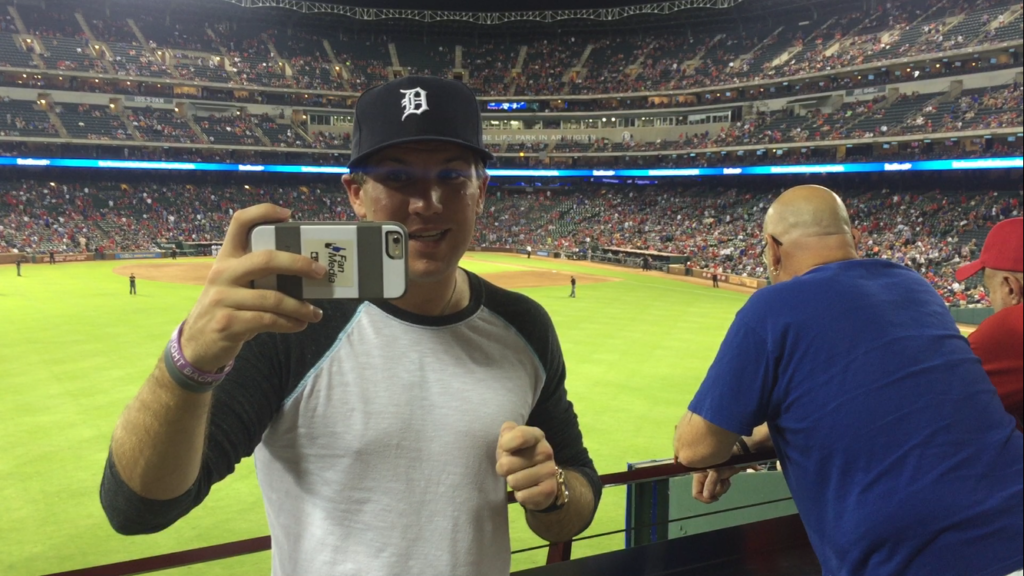 It’s also important to know that making a demo reel on your iPhone is easy to make and it can set you apart from your peers. Journalism jobs are hard to come by. The jobs that everyone wants; big market, covering pro sports, sideline reporter- are even harder to get. But applicant with a solid background and knowledge of mobile journalism will make for an attractive hire, making it easier to get a job.

The market is changing. ESPN and FOX Sports recently announced layoffs, buyouts and budget cuts. Why? Because people are watching less TV. We are getting our news from social media. Facebook founder Mark Zuckerberg says in five years Facebook will mostly be video. Want evidence? Think about our news feeds a few years ago. There was hardly any video. Now it is dominated by video.

Fan Media Network is a social news company that is building a network of iPhone video correspondents for the top 250 NFL, NCAA, NBA, NHL, MLB and MLS teams across N. America. The app has 250 team channels. Fans, journalists and former college players make 30-second videos and compete to earn money, official status and media credentials. Welcome to the world of mobile journalism.

Kent Koons is a Media Manager at Fan Media Network. Originally from Ft. Worth, Texas, Kent moved to Dallas to attend SMU, where he studied journalism. Kent has been with Fan Media since January 2015.